WZBC Sports Reflection: Where else can you do something like this?!

This is the first in a series of stories where current and former WZBC Sports members recall their most memorable broadcasts. Any club alumni is welcome to participate by sharing their stories. First up, we have Aaron Potts and Kevin Fritz.

It all began on an incredibly warm day in September of 2012 when BC students from different parts of campus descended upon the annual student involvement fair. It was at this point that we, Aaron Potts and Kevin Fritz, began wandering around the rows of tables, like other confused freshmen, as we searched for the right student organizations to join. When we stumbled upon the WZBC Sports table, we were told a number of things that sounded too good to be true, but weren’t. We would have the opportunity to broadcast on 90.3 FM, travel around the country to cover road games, and would have our own broadcasting booth at Alumni Stadium and Conte Forum.

As we think back on the many great moments of BC Athletics during our time on the Heights, from 2012-2016, what stands out the most to us is not one moment, but all of the incredible opportunities that WZBC offered us. 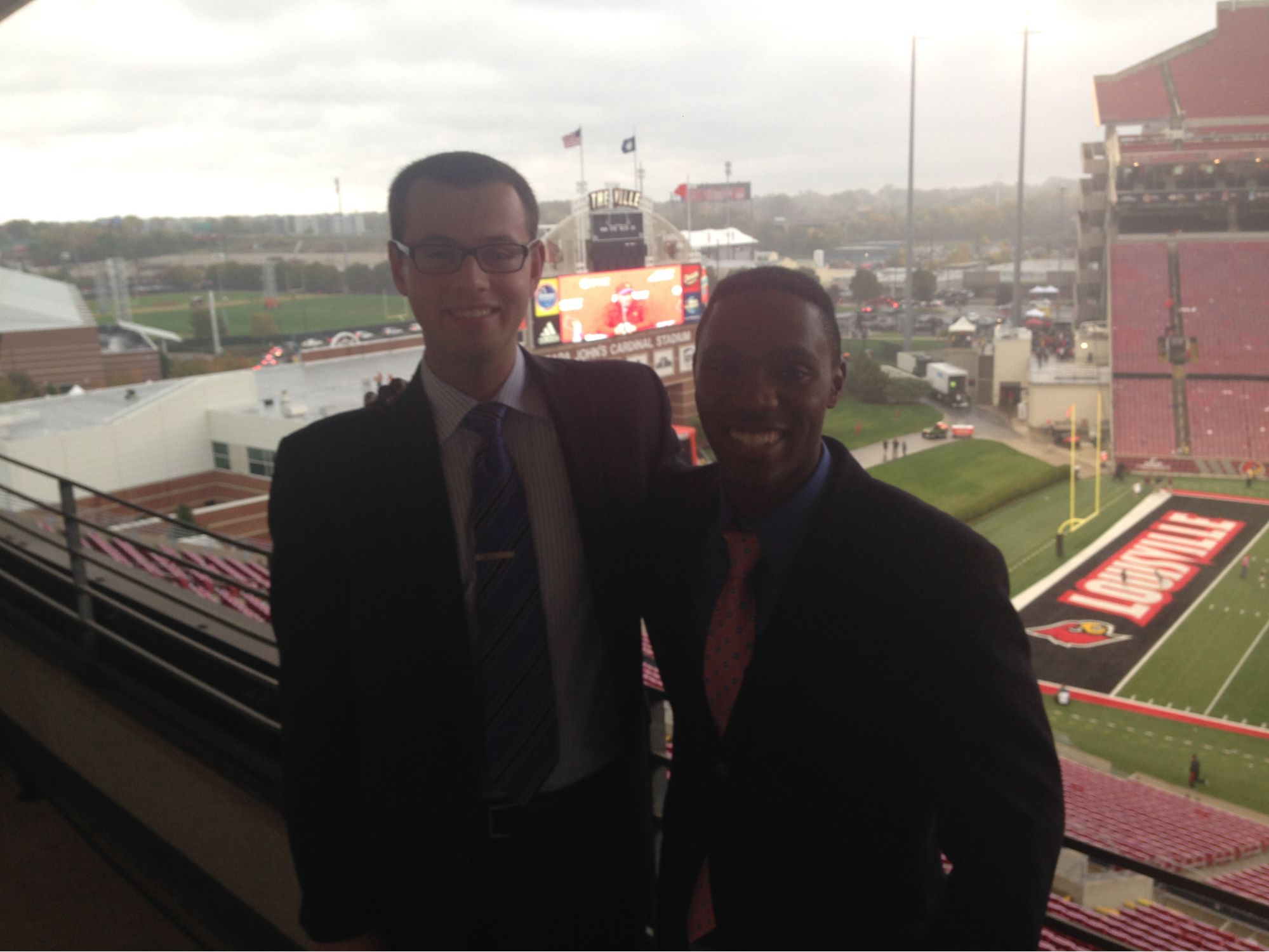 One experience that epitomized the opportunities WZBC provides was being able to see a future NFL MVP make his freshman start. In October of 2015, we boarded a plane to Louisville, Kentucky to broadcast a BC road game against the University of Louisville. We had a pretty uneventful flight: we spoke to Athletic Department execs (former Athletic Director Brad Bates) and had an amazing in-flight meal. After we landed, we made our way with the team to the Hyatt Regency where we would be staying that Friday night.

If you haven’t been to Louisville, make sure you go! It is a festive city, full of culture, Muhammad Ali, and good ol’ Southern spirit– especially if you like bourbon. After doing our final prep work for the broadcast, the two of us decided to hit the town for some Kentucky BBQ. 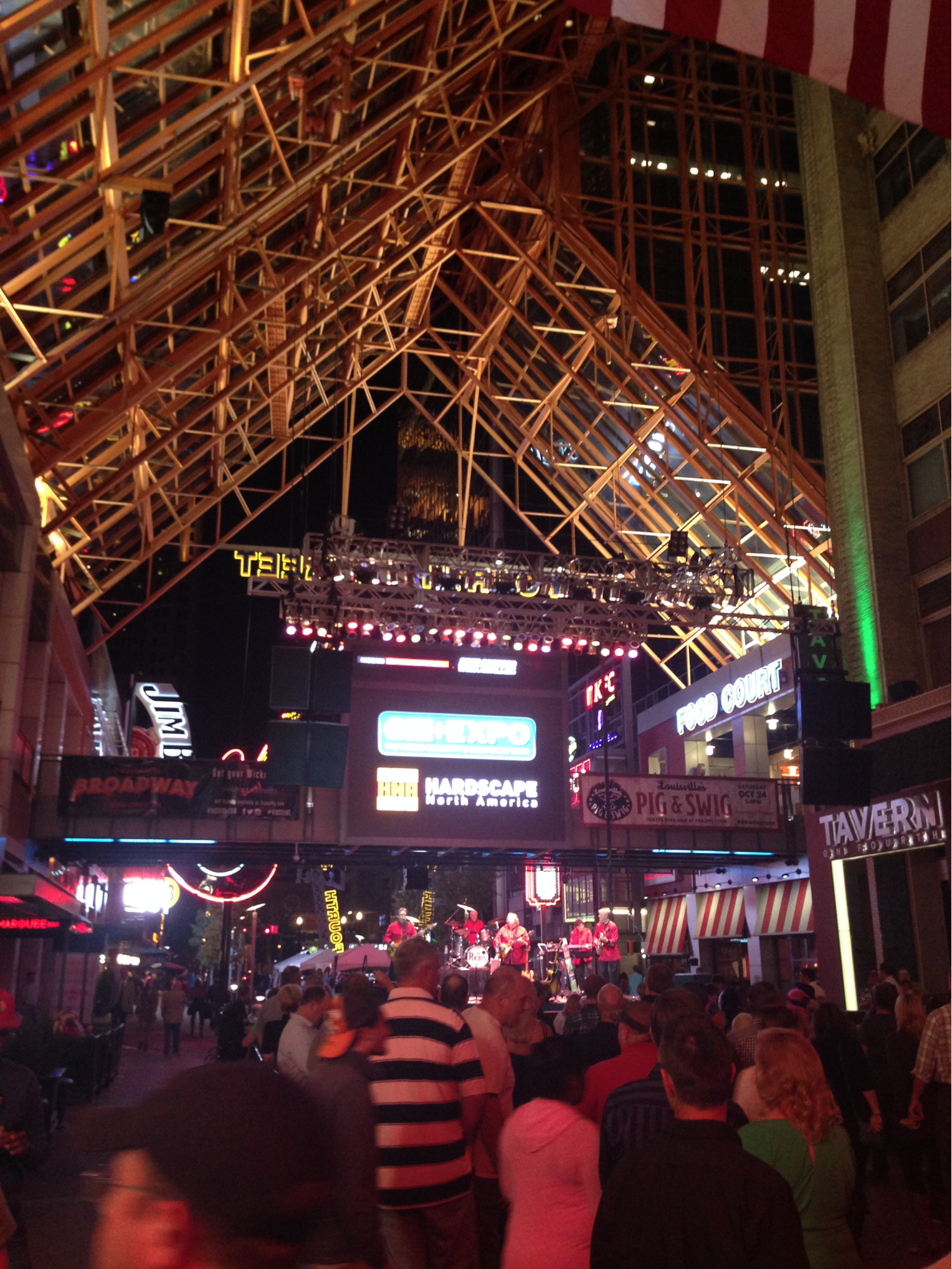 The next day, we got to the stadium and had the opportunity to tour the impressive University of Louisville athletic facilities. We then sat down for lunch in the media suite and had the opportunity to connect with several professionals in the industry. There were also some lifelong Louisville fans that were around, who certainly had some interesting theories on what caused the news of the Rick Pitino scandal that broke earlier in the week. One gentleman enlightened us to his theory that the Rick Pitino scandal was a hoax concocted by the University of Kentucky. To this date, no proof has ever been found to support that theory.

Once we arrived in our broadcast booth, we quickly set up and went over talking points for the broadcast. At that point in the season BC had a 3-4 record and were winless in ACC play. Louisville had a 2-4 record and 1-2 in conference play; however, this was mostly due to a brutal schedule at the start of the season– having played Auburn, Clemson, Houston, and Florida State in their first few games. The storyline entering this game were the string of injuries that plagued the BC lineup and whether Louisville would give more playing time to a dynamic freshman quarterback named Lamar Jackson.

When it was all said and done, BC lost to Louisville in what was by all accounts a pretty rough and sloppy affair. A 17-14 loss marred by rain and a good amount of turnovers. However, despite that it was an extraordinary experience. We saw a breakout performance by a young Lamar Jackson and were able to commentate on an NCAA Division I game, like we were professional sports reporters. It was an amazing opportunity given to two college seniors.

While the purpose of this series of articles is to highlight our most memorable BC sporting experiences, this one stands out not for the game itself but for how this experience was representative of the incredible opportunities that WZBC Sports affords its members. We graduated as part of the Class of 2016. We experienced BC Football’s upset over USC, watched the men’s hockey team defeat BU 1-0 in overtime of the Beanpot Final, and watched the men’s and women’s hockey programs make it to multiple Frozen Fours.

We were lucky to have witnessed many great BC athletics moments during our time on the Heights. Although a 17-14 road loss to Louisville may not seem like a highlight at face value, think of it this way: this is a story about two 21 year old guys who were able to travel the country like sports broadcasting professionals to cover a matchup that featured a future NFL MVP. That’s pretty amazing, and epitomizes what WZBC Sports is all about.

Special thanks to the Boston College Athletics Department and the WZBC Sports Executive Board for creating the opportunity for this memorable experience.

← My Shortlist for the Next Boston College Athletic Director