My Shortlist for the Next Boston College Athletic Director

Martin Jarmond is gone, but you know that. It was a short tenure on the Heights, shorter than most would’ve liked given how popular Jarmond was with fans. He made excellent hires in Joanna Bernabei-McNamee and Jeff Hafley and restored a buzz around BC athletics that had been missing for quite some time. There are lots of names being brought up as replacements for Jarmond and plenty of quality options out there. Boston College must make the right hire to continue the momentum built by Jarmond. If I were in a position, these would be six people I’d consider.

Please note that just because someone’s name appears on this list doesn’t mean that the person is available nor does it mean that they are being considered by BC. These are simply some names that excite me. 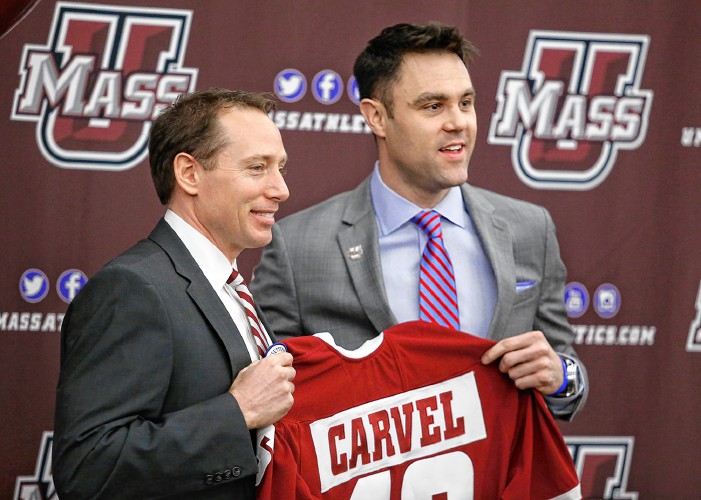 When you look at Pete Thamel’s list of potential candidates who are current ADs, it doesn’t sound all that appealing. They come from the vaunted athletic programs or Penn, Temple, Tulane and UMass. Now it’d be foolish to expect BC could lure a power five AD to Chestnut Hill; it’d be a lateral move at best for the AD. But it isn’t crazy to hope for a little better than the four schools mentioned above. Once you look past the school name, however, some of these candidates offer intrigue, particularly Bamford and Temple’s Pat Kraft. While at UMass, Bamford has excelled at scheduling non-conference football games for the Minutemen. He has landed SEC opponents in Georgia, South Carolina and Mississippi State, as well as scheduling BC. Jarmond lined up Big Ten opponents Michigan State and Ohio State, and it seems like Bamford would have no problem scheduling high-profile games for the Eagles.

But, for me, Bamford’s main draw could be the possibility of a future hire in one of BC’s top sports. Men’s hockey coach Jerry York turns 75 in July. While the Hall of Famer will probably have to be dragged out of Conte Forum before he retires, there is no question that York is nearing the end of his illustrious career. When BC eventually has to look for a successor, a prime candidate should be Greg Carvel, who Bamford hired in 2016. In two seasons, Carvel took UMass from a 29-loss team to the National Championship game behind prized recruit Cale Makar. After orchestrating a program-defining turnaround, Carvel figures to lead UMass for the foreseeable future, but if the call ever came to succeed York, he’d certainly have to consider. Now imagine if the call came from Bamford to hire him again. 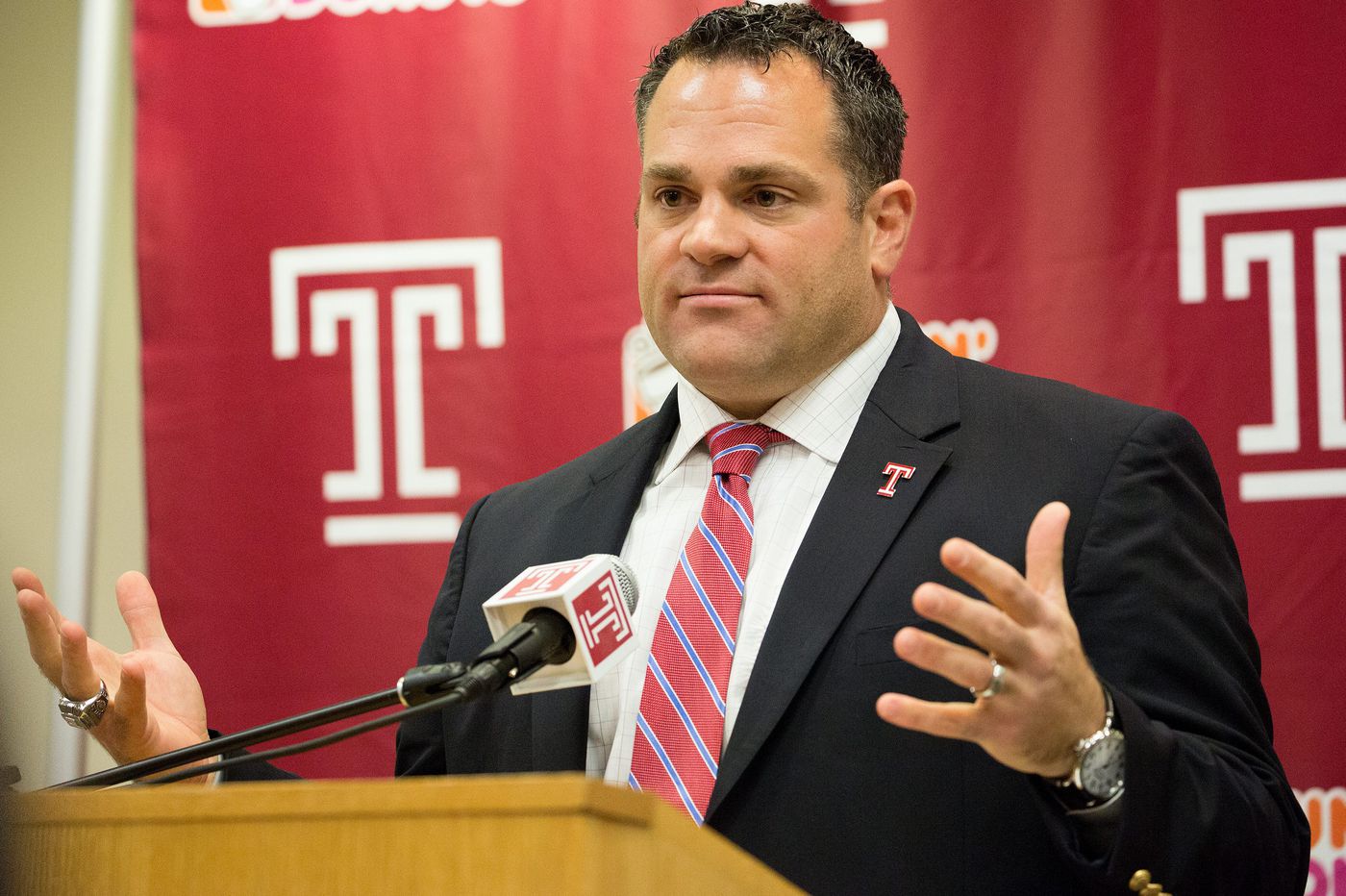 Kraft, another of the current ADs mentioned by Thamel, has long been a candidate to make the jump to power five AD, and BC may be the opportunity for him to do so. During his five-year tenure with the Owls, Kraft has overseen a resurgence of both the football and men’s basketball programs. During Kraft’s first year at Temple in 2015, the football team saw its attendance jump by over 20,000 per game and College GameDay visited for the first time. In 2016, football won its first conference title since 1967. Men’s basketball made the NCAA Tournament in 2016 and 2019, and the program has recorded wins over multiple nationally-ranked teams. Off the field, 16 of the 19 sports teams have achieved record high team GPAs, and in 2019 Temple ranked fourth in the NCAA’s Academic Progress Report. He led a number of initiatives centering on student athlete mental health and student athlete career development. 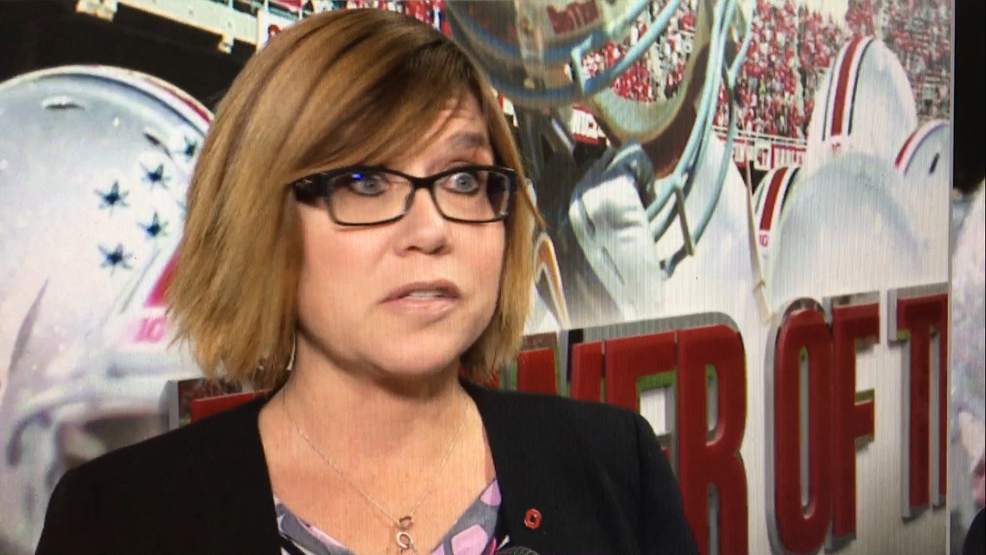 If BC wants to continue the Ohio State pipeline pioneered by Jarmond and Jeff Hafley, Sabau would be the leading choice. She oversees the football program; in 2017, she was the lead administrator for OSU’s Cotton Bowl trip which generated revenue for the first time in four years. She also supervises women’s hockey, which is a plus for a hockey school like BC. She hired current coach Nadine Muzerall who engineered the best season in the program’s history. Her other responsibilities include coordinating brand messaging and overseeing creative services.

I’m a big fan of McLaughlin. The Natick, MA native has plenty of local connections. He graduated from BC in 1995. During his time in college, McLaughlin was the sports editor for The Heights. He has spent time at Merrimack and was the director of media relations at Hockey East for two years. From his bio, it’s clear that McLaughlin has the drive and core values that would suit him well back at BC. Just check out this quote from his bio:

“Our culture drives our success and our core values provide the foundation of our culture. I want the experience of our student-athletes to be the best in the country so they win championships, grow academically and develop into incredible human beings who excel as leaders long after they graduate from VCU.”

This is the same kind of hope Jarmond inspired. BC fans will drink it up. And as an alumnus, McLaughlin shouldn’t view BC as a stepping stone. 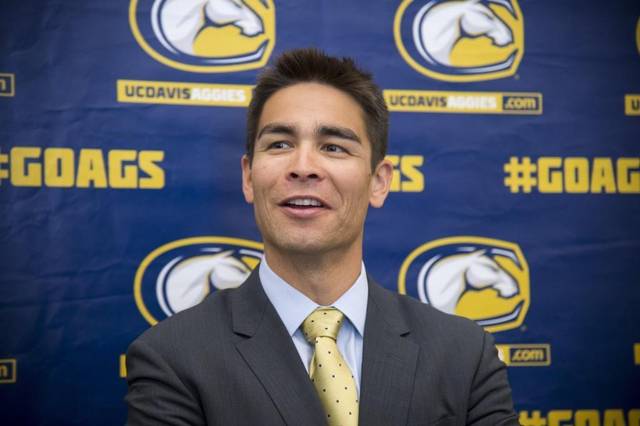 I don’t know much about Blue, but many outlets tab him as the next big thing among athletic directors. He hired Dan Hawkins as head football coach, and Hawkins helped UC Davis reach the FCS playoffs for the first time in 2018. Hawkins was also named FCS Coach of the Year in 2018. Blue created the role of Senior Associate Athletics Director for Student-Athlete Outcomes to create a career and development program for student-athletes. He has helped UC Davis reach new heights in fundraising and academic progress. He also spearheaded a program of facility renovations to benefit the UC Davis women’s teams. Lastly, he has published several articles on hot-button topics like cost structures and revenue generation in college athletics. 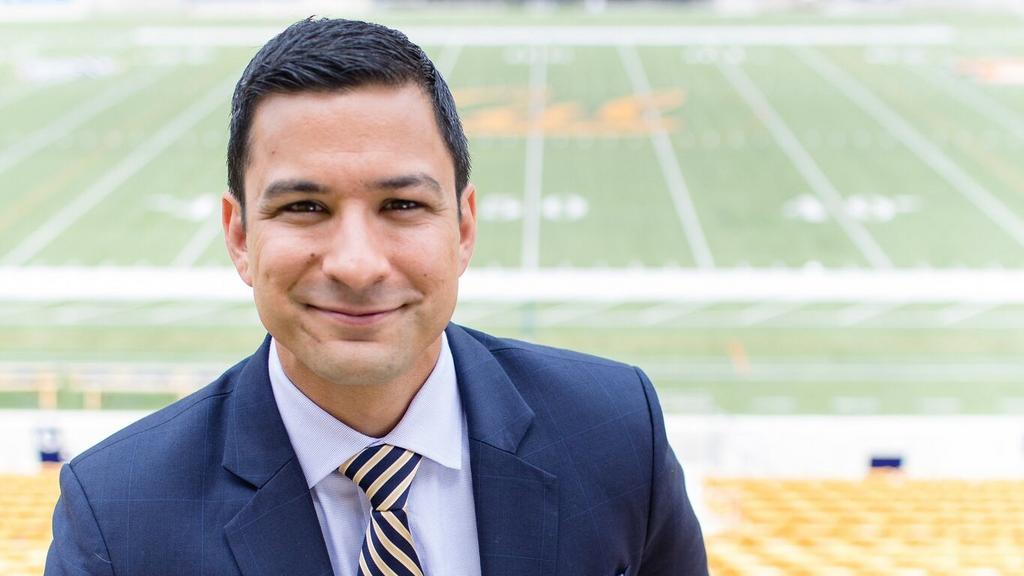 I haven’t heard the final name on my short list mentioned by anyone yet, so he’s probably a long shot, but he is a rising star in the industry. Puri, Villanova’s current senior associate AD has already compiled quite the resume.

He worked in the NBA’s marketing department before moving to the New York Jets sales division. Then he went across the country to servers Cal’s senior associate athletic director and chief revenue officer. There he helped negotiate a deal between the Pac-12 and Under Armour. Sports Business Journal called the deal “among the first of its kind in college sports,” as the deal expands beyond athletic apparel and includes the alumni association and intramural sports. Jarmond’s apparel lines were a hit with students and alumni alike, and Puri would be able to pick up where he left off in that revenue-generating respect. After Cal, he served as Vice President of Strategy for the Oakland Athletics, and he is currently at Villanova as the senior associate AD.

Named one of SBJ’s Forty Under 40 in 2017, Puri brings the same youth and tenacity that Jarmond was praised for. He’s relatively new to the role with Villanova, so it’s unclear whether he is exploring AD positions, but Puri is well-positioned to become an AD sooner rather than later. Unless something unexpected happens, his first AD gig probably won’t be with Nova, since current AD Mark Jackson has a firm grip on the role and was recently promoted to school Vice President as well.