Even with no live sports on, WZBC Sports is committed to producing engaging content for our readers. We have lots of new and exciting ideas to keep our readers entertained until sports can return, so stay tuned.

This is a new series called “My Moments” where WZBC board members share their favorite sports memories.

Next up is Ashley Sachdeva. Here are her moments.

MLB: Cubs vs Indians World Series Championships Game 7 2016 – This is a cliche choice. However, if you ask any sports fan in the city of Chicago, they will never forget where they were and what they were doing on Nov. 2nd 2016. After a long-waited 108-year drought the Cubs finally stopped sucking and won the World Series. Attending UIUC at the time, my friends and I drove up to be in Wrigleyville during the game. They were playing in Cleveland but the energy in Wrigleyville was unreal. We stood outside with hundreds of other fans watching, pacing, and praying. After coming off a 3-1 series deficit, we were rolling into this game on a high as Dexter Fowler hit the first home 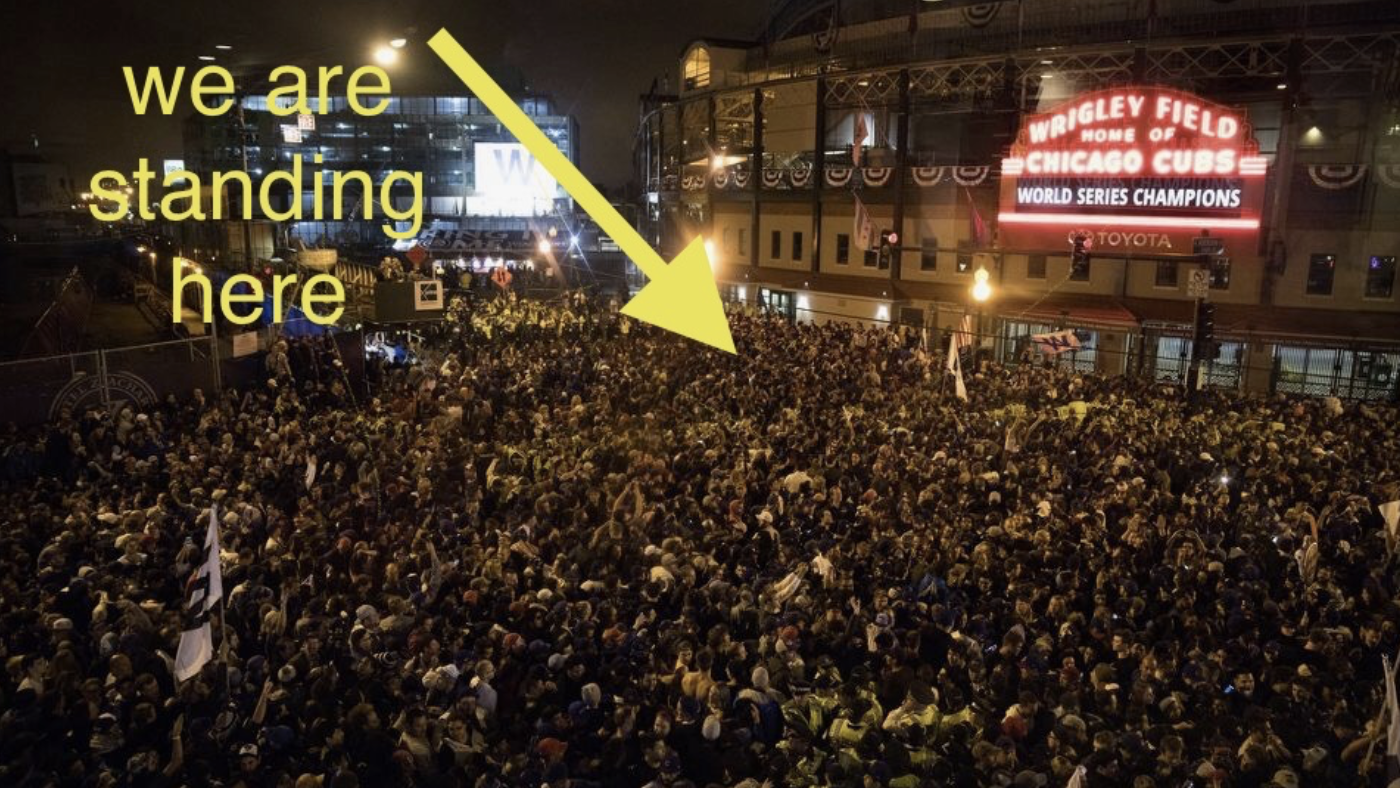 run of the game. After a scoreless 2nd inning, the Indians came back to tie the game 1-1 in the 3rd. Throughout the next few innings, both the Cubs and Indians scored a few runs back and forth with Kyle Hendricks and Jon Lester eventually holding onto the lead. The 8th inning arose and the Cubs were leading 6-3, but a double and a two-run home run by the Indians tied it up in the 9th. This is where it gets crazy. It started raining and the dreaded 10th inning was delayed. It felt like a lifetime waiting for this inning to start. You could feel everyone on edge. When the 10th inning began, Almora and Rizzo gave us a safety of 2 runs heading into the bottom of the 10th. The Indians scored a run in the bottom of the 10th, but they had one more out until we were World Series Champions. One more out. Montgomery pitched, Martinez hit towards 3rd, and Bryant grabbed it. You could see him smiling as he threw it to Rizzo for the final out. We were in tears of joy. We ran around the city till dawn and it was truly the best moment of my life. The Chicago Cubs were The World Series Champions. Queue “Go Cubs Go”.

NHL: Chicago Blackhawks vs Dallas Stars Regular Season Game 2013 – I have no idea why this game is engraved into my brain, but for some reason I think about it all the time. The Blackhawks established a dynasty between 2010-2015 winning 3 Cups and I have plenty of good memories from every playoff run. But this game was just fun. It was a Saturday afternoon hockey game, where we were just watching the game in my living room. The Blackhawks won 8-1 and I usually hate complete blowouts because I don’t find them interesting. It shows the horrible defense and lack of offense on the other team, but this one was different. The Blackhawks players were just having fun with it and messing around. Toews and Hossa scored some dicey goals at angles they would normally never attempt. Patrick Kane showed off and scored on his iconic spin-o-rama. I remember everyone tried to remake that play after and the puck would just fly away into the boards completely missing the net. It was just a super relaxed game that was lighthearted and made hockey fun for everyone. I loved watching the players show off random skills and shooting from places on the ice you’d normally never see during game-time. Winning the cup that year against the Bruins (sorry) was a good bonus as well.

NCAA: Northwestern vs Rutgers Women’s Lacrosse Regular Season Game 2015– This is another regular season pick that is for some reason super memorable. Being a part of the lacrosse team in high school, we would take a trip 30 min out to Northwestern to watch their D1 team play. Our team in high school was very new, since no one really plays lacrosse in the Midwest, so watching this team was a completely different experience. We got to see the captain, Kaleigh Craig, score 6 goals and set her record for most goals scored in a game. Along with a stunning performance from the goaltender, Mallory, the Wildcats came out on top with a 20-9 win over Rutgers. Our HS lacrosse team used to idolize them. This game was a motivation for our team to be better and take every shot we could. They were the players we looked up to. Northwestern set season-records that day in goals and shots. We knew we would never have the same skills as them, but it helped us start to enjoy the sport we were playing rather than feeling so defeated all the time.  We wanted to make history too. This game meant more to us than the players or really anyone else would know but it sparked a fire into the rest of our lacrosse season.

NFL: Vikings vs Saints NFC Divisional Playoffs 2018-  To be honest, the Bears fan base has completely crumbled. We were voted the worst fans in the league and the most flaky. I have to agree with this and admit I am one of those fans as well. It’s not like the Cubs or the Blackhawks where no matter what happens you’ll love them, it’s very off-brand for Chicago sports fans. I am also not really attached to any other team, but this is a game that I remembered enjoying and being excited about purely going off good football – the Minneapolis Miracle. Minnesota Vikings fans are some of the most dedicated fans in all of sports despite how much disappointment the fan base has faced throughout the history of the franchise. The team has been to 4 Super Bowls and lost all 4 of them. In addition, Minnesota is one of 12 teams to have never won a Super Bowl despite being a team that has made the fourth most playoff appearances in NFL history. In 2017, the team went 13-3 and headed into the playoffs as the 2 seed with a first round bye. The Saints won their wildcard weekend game, and moved on to face Minnesota as the #4 seed, a tough matchup for the Vikings. Minnesota took a commanding 17-0 lead in the game, only to find themselves down 24-23 with 7 seconds left on their own 45 yard line. The game was pretty much decided, but the Vikings had one final desperation shot at the end zone. Case Keenum called hike, dropped back, and threw it up to Stefon Diggs. Luckily for the Vikings, Marcus Williams, the Saints’ safety, overcommitted, allowing Diggs to catch the ball – and if he could sustain the initial hit, all he had to do was turn around and run to the end zone without falling out of bounds. This game will go down as one of the craziest finishes in NFL history. The Vikings fans’ happiness only lasted about a week, however, until their dreams were crushed by the Philadelphia Eagles who went on to win the Super Bowl in US Bank stadium.