A Look Back at the Disrupted Spring Sports Season

The members of the Boston College men’s baseball team were packed onto their flight on their way to their series against N.C. State. The trip had begun like most other road game flights, complete with bonding moments that last a lifetime and excitement to play an ACC matchup.

At 8:30 a.m. the game was still on, but news changes fast in a world turned upside down by a global pandemic. By 4:00 that afternoon not only was the game canceled, but the entire spring season.

“I told the guys that we should stop some place and get lunch,” said Head Coach Mike Gambino as other conferences were suspending their seasons.“By the time that lunch was over 45 minutes later, the weekend had been canceled.”

The baseball team continued to N.C. State to get in a lift and a practice, regardless of the uncertainty, but soon Boston College Athletic Director Martin Jarmond gave word that the ACC was suspending the spring season and all team activity.

Gambino realized he needed to get his boys back on the bus and headed back toward Boston College. Back on campus, Jarmond had gathered all the university’s athletes in the Power Gym in Conte Forum.

“He began by talking about how we would move forward and handle classes and the potential of an extension for spring athletes,” said senior lacrosse player Jill Reily. Mid-speech, Jarmond was handed a phone by his assistant athletic director. He collected his thoughts for a moment before announcing that the NCAA had canceled all spring sports.

Back on the baseball bus, word was reaching the team through text messages from athletes back on campus. Before long, complete devastation had hit. Gambino gathered his boys and told them they were going to have a team dinner like they always did. After they had finished, he walked them up the street to a Cold Stone Creamery and treated them to dessert.

“Ice cream isn’t much, but it makes things a little better,” said Gambino.

Senior Jack Cunningham tried to soak in his final team bonding moment as he gripped his cone of cookie dough ice cream. He felt the utter heartbreak of that moment. A lot of his younger teammates 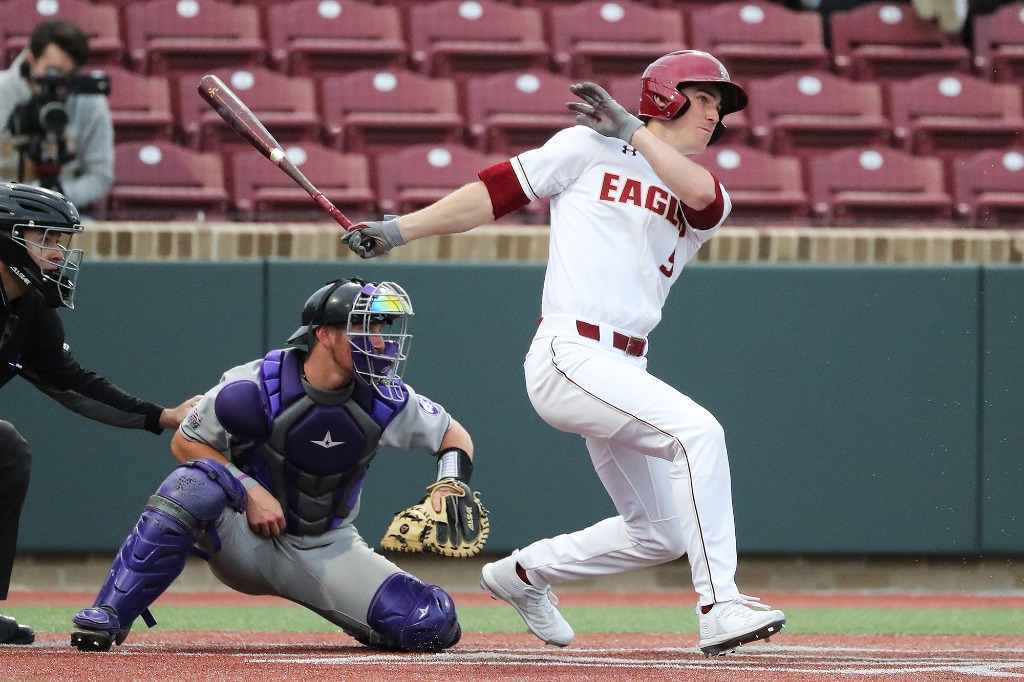 “We really enjoyed those bonding moments,” said Cunningham, “but getting back to school and all-out celebrating the last weekend of school with the rest of the seniors helped to forget about baseball for a little.”

As hard as it was for college students to endure their colleges abruptly closing, athletes were even more so torn between their careers seemingly ending as well as their time as students on campus. Final college memories usually spread out over the course of the final semester now needed to be packed into one short weekend before everyone had to pack up and leave campus.

Like the senior baseball players, other senior athletes back on campus enjoyed their final moments together just with teammates before they got to celebrating with their fellow students. Senior men’s 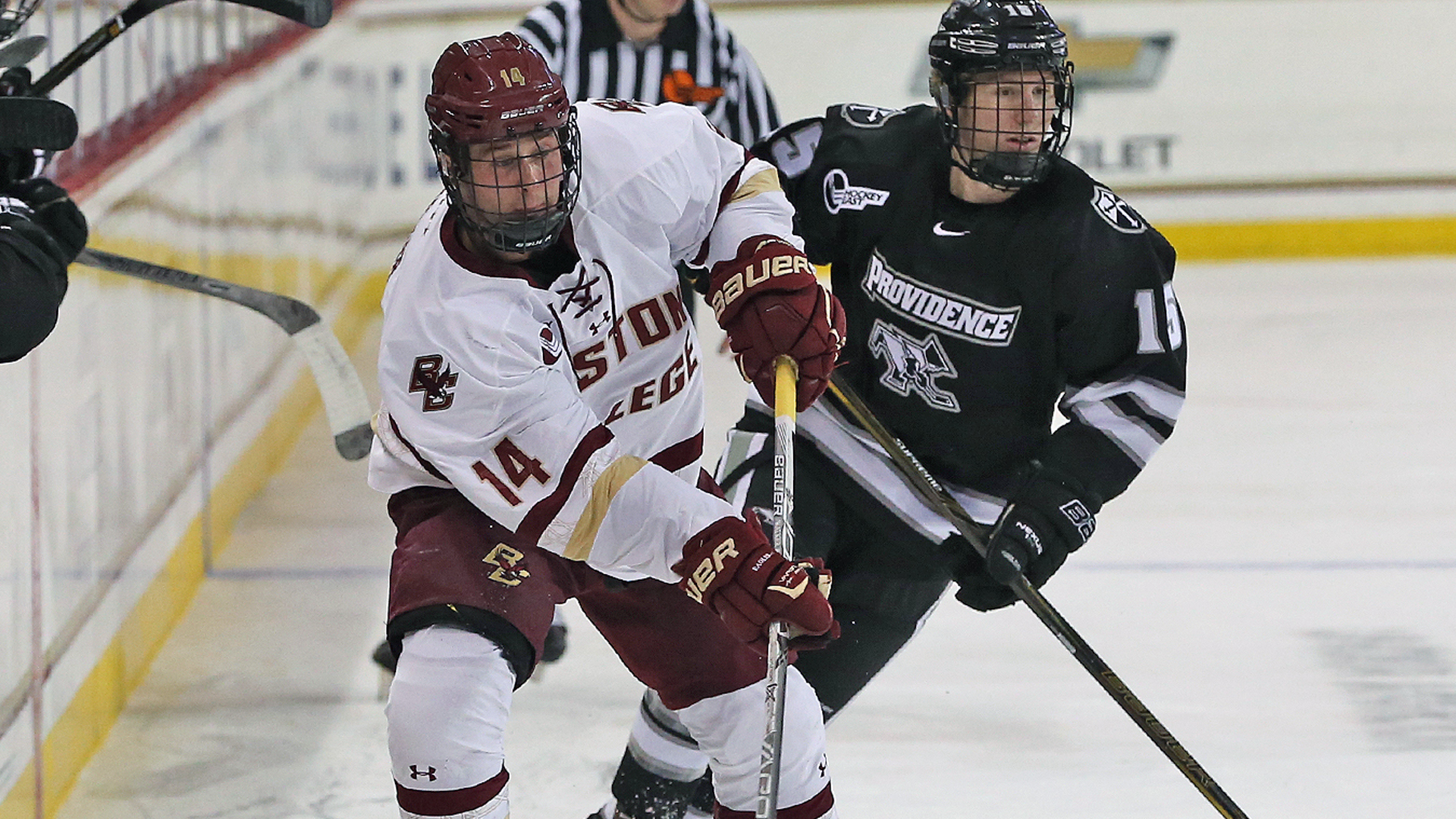 hockey forward Zach Walker and the rest of his team were more upset than most, because while the spring season was canceled, so were all winter NCAA championships. The hockey team was 24-8-2 on the season and top-four in the nation and yet would not be able to make its run at the title.

“We were sitting as a team, obviously upset about everything, and it all just felt like something out of a movie,” said Walker. “Martin [Jarmond] expressed how sorry he was and everyone was looking at the floor as most guys were crying or near tears.”

As the senior athletes went off to partake in the faux Senior Week revelry, Coach Gambino had to get back to business. Over the course of the weekend, following BC’s move to online classes, the NCAA announced that all spring athletes would receive an extra year of eligibility.

“This announcement is huge, because it affects all class years,” said Gambino, “Think about it. This means we have two freshman classes next year.”

Gambino had been discussing these changes with Jarmond, since, with a 35-man roster and 27 of those athletes on scholarship, some adjustments will have to be made, not just at BC, but at programs around the country.

Gambino plans to handle this new change day by day. With or without transfer students such as fifth-year Ivy players who want to play in the ACC, next year’s lineup has potential to be in the top 10 in the country, especially if guys like Cunningham come back and play one more year. The team was only 6-9 to start the year, but the team was also riddled with injured players that were looking to make their return to the lineup shortly.

For now, Cunningham is unsure about his future. His plan had been to make a regional and then get drafted, but changes to the MLB draft have now limited the number of draftees. He continues working and hitting when he can during the lockdown, in order to stay on top of his game. He could potentially return if his draft dreams fall through.

Women’s lacrosse, too, had high hopes this season, senior Jill Reilly said. She played through three national championships and having fallen short in all three, she felt like this could be the year to 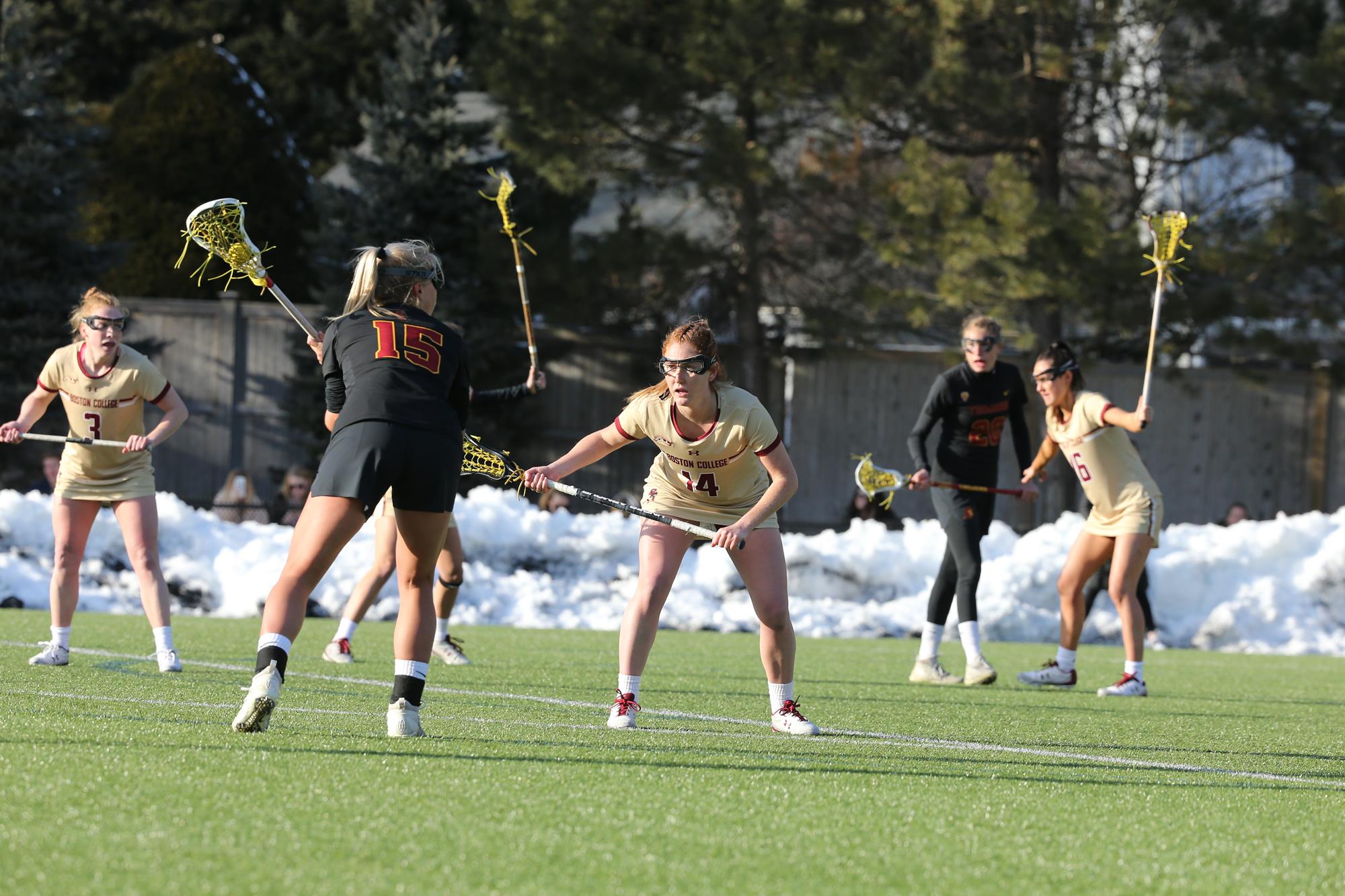 “rewrite the narrative” and finally get that win her senior year. Although the team started the season 4-3 and lost to their one ACC matchup against Notre Dame, the repeating national championship finalist squad was looking to rack up some conference wins in the months to come.

For now Reily is unsure, like Cunningham, about whether she will return for her extra year of eligibility. She continues to go on runs outside and play wall ball to focus on her stick work. The team is still getting workouts from its athletic trainer online. “This [quarantine] is a blessing in disguise, because it forces me to get outside and off the couch,” said Reily.

If she doesn’t return to school next year, she hopes to find a job in the sports industry; Reilly is a candidate for a corporate sales job with the Philadelphia Eagles and, if that falls through, she may continue to work towards a masters degree.

Walker spent the first week home just sitting back and processing everything that had occurred in such a short span of time. He, too, now hopes to play professionally, but with leagues on hold across the world, he doesn’t know whether anyone has interest in him.

“Things are uncertain until later in the summer,” he said. “But I have to stay in shape so that when given the opportunity I can be as prepared as possible.”