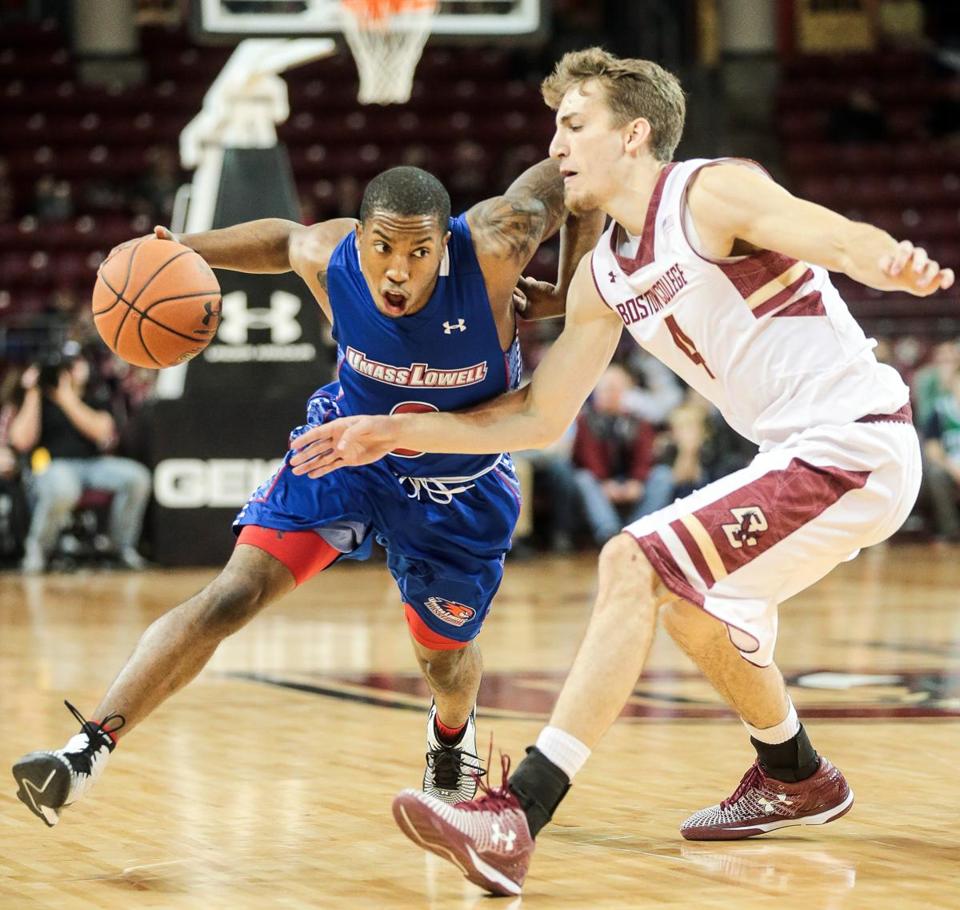 The Eagles lost to the River Hawks on Sunday by two points, 68-66, after losing a close one to Penn State earlier this week.

It was an odd game for the Eagles as Eli Carter, and Dennis Clifford both were unable to play.  Carter injured his ankle during warmups and Clifford had food poisoning, but even then one would hope that BC could defeat UMass-Lowell.  Isaac White scorched the Eagles: 5-7 shooting from downtown and 20 points.

Throughout the game the Eagles had great opportunities and led by 10 on multiple occasions but were unable to finish the game.  Without Big Cliff, the Eagles were beaten on the boards once again, even though John Carlos Reyes stepped up with 14 rebounds of his own.  Idi Diallo only played 5 minutes and seems to still be getting used to Division-I ball, and didn’t record a single board. 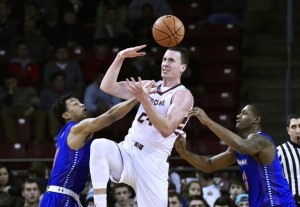 The energy was just not there for the Eagles as A.J. Turner went 0-7 from beyond the arc and Matt Milon wasn’t the spark off the bench that BC needed.  Jerome Robinson scored 16 and had 5 assists but turned the ball over 5 times as well.  The team is clearly young and with time it will learn from these losses.

The Eagles started the year off incredibly hot, winning their first three games.  They lost each of their three games out in California and came back to play Penn State on a Wednesday night at home.  Ugly Sweater Night at Conte Forum resulted in another tough loss as BC lost another lead late in the game.

However, it is still important to have faith in this young team.  It is clear that the leadership is still developing and with such an energetic team, if they can get hot at the right time and remain confident then they have a serious chance to shock some solid teams.

Hopefully finals week is good to everyone, stay sane and get some sleep!