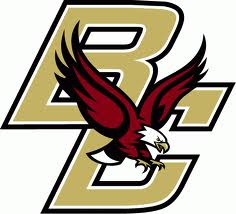 After starting the 2015 season 3-1 (0-1 ACC) across four home games, the Eagles headed to Durham, NC, for their first road test of the season against the Duke Blue Devils on Saturday, October 3. The game featured two of the country’s best defenses, and with Hurricane Joaquin pelting the East Coast, a defensive showdown was in order, and that is exactly what happened. Ultimately, Duke pulled out a 9-7 victory in a defensive showdown reminiscent of Alabama vs. LSU games of recent years.
Duke broke a scoreless tie with 3:12 left in the first quarter when Ross Martin connected for a 36-yard field goal following an eight play, 46-yard drive highlighted by a 26-yard pass from Duke quarterback Thomas Sirk to wide receiver T.J. Rahming. However, BC’s defense stepped up to limit Duke to a field goal. With BC failing to get anything going on offense, having to punt on their first 3 drives, Duke added two more field goals in the first half, giving them a 9-0 lead heading into halftime. Boston College probably should have scored a touchdown in the first half, however. On a third and 12 from the Duke 25, BC freshman quarterback Jeff Smith threw a pass to the front left corner of the end zone intended for Thadd Smith. Smith appeared to catch the ball and then lose it after hitting the ground, but officials ruled the pass incomplete although it appeared to be a touchdown. With that, BC entered the half down by nine.
The second half showed BC in top form on defense, and they finally broke through on the scoreboard when quarterback Troy Flutie, nephew of BC legend Doug Flutie, connected with Smith for a 66-yard touchdown to cut the score to 9-7. BC’s defense continued to stymie the Duke offensive attack, and gave the offense two chances to win the game late. First, with roughly four minutes left in the game, a 49-yard BC drive led to a 45-yard field goal attempt by freshman kicker Colton Lichtenberg. With a chance to take the lead, the kick missed wide left and Duke retained the lead. After another Duke three and out, BC was stopped on downs at the Duke 42 to end the game.
With the 9-7 loss, BC falls to 3-2 (0-2 ACC) and Duke improves to 4-1 (2-0 ACC). BC hosts Wake Forest this week and Duke travels to play Army.