BC Drops Tough Game to Wake

Let’s face it. A third consecutive bowl appearance seems awfully daunting for the 3-3 Eagles. BC is coming off of a 3-0 loss at home to Wake, where turnovers, kicking troubles and clock management (or lack thereof) were the major themes of the game. The top ranked BC defense played their hearts out and forced turnovers, limited Wake offensively, but ultimately BC came up short in a somewhat controversial game ending play. BC ended at Wake’s 1 as Wake Forest tried to stall play after RB Tyler Rouse came up short at the goal line. Both defenses were showcased during this game as a combined total of just three points were scored. The game came down to the last second as BC failed to get a play off from Wake’s one yard line.

Anthony Iati, Casey Hague and Andrew Kelley were on the call and it was one of the craziest games they had ever seen. 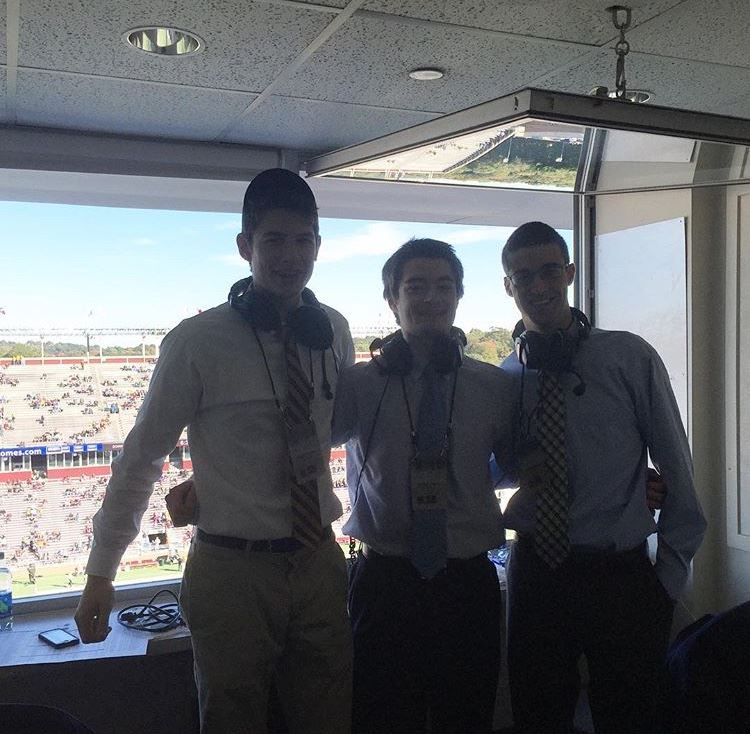 Andrew Kelley, Casey Hague and Anthony Iati in the booth during the BC Wake game.