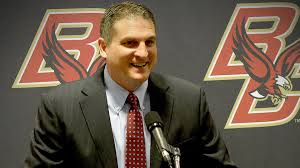 Send it in, Jerome! Eagles Cruise in home-opener

If the future of the Boston College Basketball program is in the hands of freshmen A.J. Turner and Jerome Robinson, I am quite happy about that.

Turner had a nice steal, behind the back dribble, and pass to Robinson which led to a monstrous dunk and a foul. The Eagles opened up the game on a 13-0 run and didn’t look back, as they cruised to a 75-49 win over St. Francis Brooklyn. Graduate Senior Eli Carter led the way for the Eagles with 23 points, while Robinson added 19 points, 6 rebounds, 5 assists and 3 steals. RS Freshman Idy Diallo was a force on defense and Turner played a nice game as well. Freshman Sammy Barnes-Thompkins also played quite well coming off the bench to add 9. This young team is certainly quite fun to watch.

Eli Carter – This is your team

Many things went well for the Eagles. First of all, Carter looks to be tasked with filling the shoes of Olivier Hanlan, who is now in the NBA. Carter showed that he can handle those duties as he scored 23 points, many of which came off of his own creation of shots. That is very important for this young team. Carter mentioned in the presser that he has never played with this many young guys. He will have to mentor them both on and off the court, but for now, look for BC to give this man the ball when the offense stalls.

Led by Robinson, the Eagles featured all 7 of their freshman including: Turner, Barnes-Thompkins, Diallo, Ervins Meznieks, Matt Milon and Gordon Gehan. These freshmen all did something well in today’s game, and they all impressed in different ways. For a team that will be relying on youth, this is certainly good news. Look for these familiar faces on the Heights for the foreseeable future.

Too Many 2nd Chance Points

While it may seem a little harsh to criticize the Eagles on anything after a 26 point win, the Eagles defensive rebounding, or lack thereof, really stood out. BC allowed a much smaller St. Francis Brooklyn team to grab 14 offensive rebounds. That number is too high. The Eagles need to do a better job of interior rebounding and limit those 2nd chance opportunities.

BC will host Central Connecticut on Thursday evening, as they look to keep their early-season momentum going. 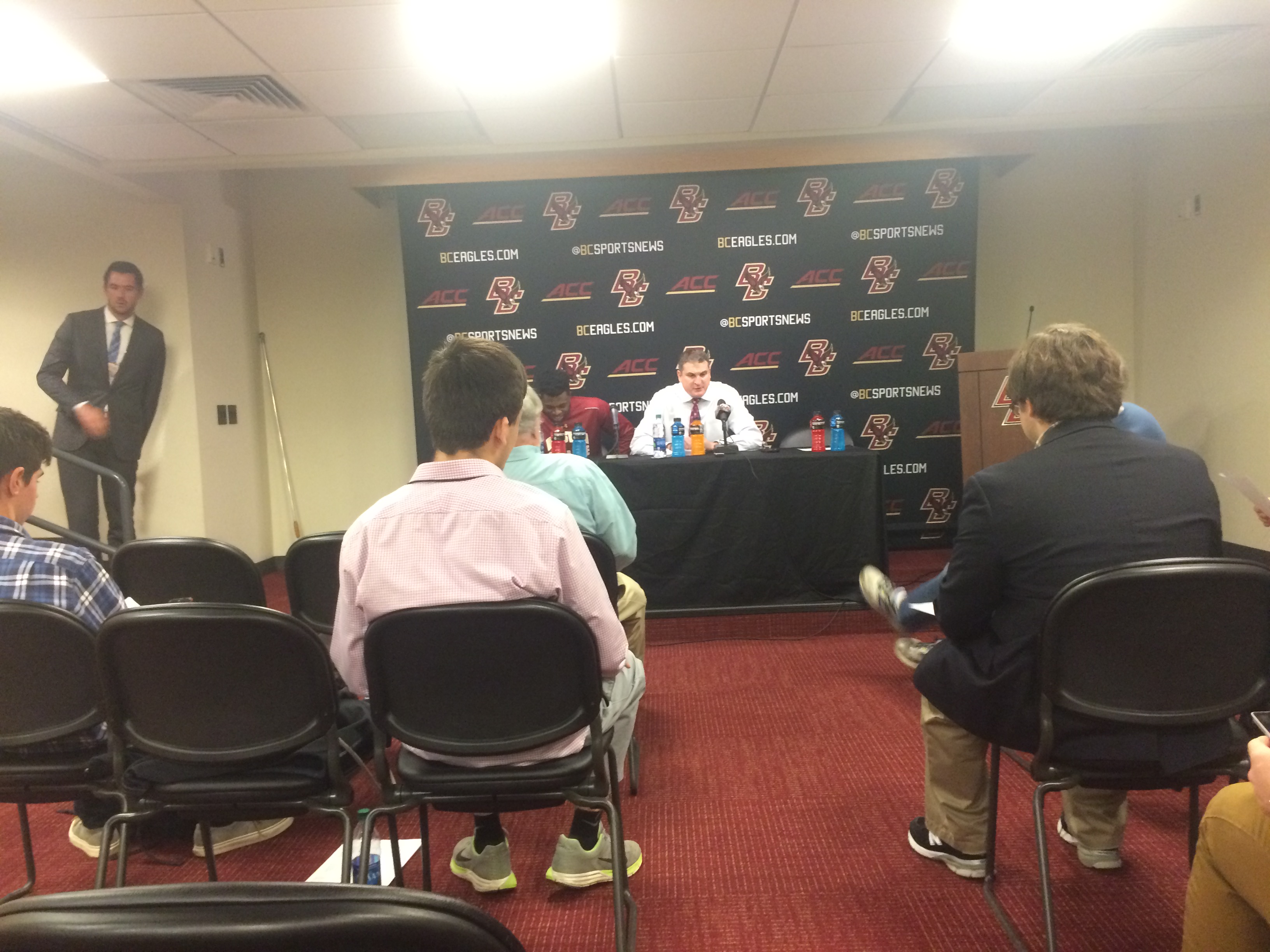 Jim Christian and Eli Carter had a lot to smile about after opening up the season with a win.