NOVA MARCHES ON TO THE FINAL FOUR

The Villanova Wildcats (34-4) downed the Texas Tech Red Raiders (27-10), by a score of 71-59, at TD Garden on Sunday afternoon in the East Regional Final. With the win, the Wildcats advanced to their 5th Final Four in program history, including their second in the last three seasons.

Nova also advanced out of the East Regional when it was held in Boston in 2009, after they defeated the Pitt Panthers in the Elite Eight.

With the victory on Sunday, Villanova collected their 134th victory in the last four seasons, a new NCAA record for wins over a four year stretch.

They did so despite shooting only 4 for 24 on three-point field goals, which had been one of the team’s biggest strengths all year long. They didn’t fare much better from inside the arc either – they ended the game shooting 20 for 60 (33.3%) from the field, their lowest percentage all season and the Wildcats’ worst performance since 2015.

Even though the ball didn’t find bottom of the net as often as Villanova is accustomed to, their big men dominated the glass and outrebounded Texas Tech 51-33, including 20 offensive boards.

This rebounding margin created plenty of second chance opportunities and allowed the methodical Wildcats offense to reset their offense and find holes in the Texas Tech defense, a unit that ranked fourth in the country in defensive efficiency this season.

Paschall’s double-double (14 points, 12 rebounds), was even more important for Villanova, given that their other starting forwards, Omari Spellman and Mikal Bridges, found themselves sitting on the bench with four fouls late down the stretch after Texas Tech had pulled within single digits.

Paschall spoke to reporters about his team’s defensive effort and toughness following his team’s victory, saying, “It means a lot to us. Just to know that we could tough a game out like that. They’re a very talented team. Their defense is great… Just to be able to do that with my brothers out there is, again, a blessing. We worked hard all year… so it shows that we can fight through a lot. We keep playing for each other.”

The Wildcats got off to a slow start, and trailed 9-1 after missing four of their first five field goals. The eight point margin was the biggest deficit they had faced all tournament long.

It wasn’t long before Villanova responded. Omari Spellman poured in a quick layup and three pointer, before Donte DiVincenzo came off the bench and drained a contested three pointer, to give Nova their first lead of the afternoon. The Wildcats never trailed again.

DiVincenzo made a huge impact off the bench, including two dunks that ignited the Villanova-friendly crowd and practically blew the roof off the building, along with the numerous banners  hanging from it.

“Donte is like our sixth starter. He’s so dynamic, he brings a lot of energy for us, and he’s a great player. He keeps a great attitude… He does a lot for us. Just having a player like that, it means a lot,” said Eric Paschall, when asked about DiVincenzo’s production.

Villanova has the making of a team looking to raise another banner of their own this season. Their defense was stifling, and their ability to switch while playing man defense frustrated Texas Tech for most of the afternoon.

Jalen Brunson was named the East Regional’s Most Outstanding Player, after finishing with 42 points, 8 rebounds, and 8 assists in two games played at TD Garden.

Brunson was able to find success on the post, and despite finishing 0 for 4 on three point field goals, relied on his footwork and penetration to get on the stats sheet.

Head coach Jay Wright praised his point guard’s versatility and ability to get points on the interior, by saying, “You know about Jalen’s footwork in the post, it’s incredible. We took no credit for that. A couple of years ago we did a drill in the summer where we were defending the post and putting different guys in the post to defend the post, and we were watching him, and coaches, all of us just said, whoa, he’s the best post player we’ve seen in a long time with his footwork.”

Texas Tech was held to 23 first half points, their lowest total all season long. Keenan Evans, the Red Raiders’ star point guard, as well as one of the five players named to the East Regional all-tournament team, is more of a second half talent, but he never found his groove against the Villanova defense.

Despite finishing with a team high 10 points, Evans ended his collegiate career by shooting only 3-for-14 from the field. Prior to the East Regional Final, he led the Red Raiders in scoring with 61 points over their first three tournament games.

He was not playing at full strength at the end of the season, but was still able to consistently lead his team in the second half of close games. It was recently publicized that Evans played in the NCAA Tournament with a broken big toe.

“We take a lot of pride just knowing that the amount of work we put in to get here, and we came short of what the ultimate goal was, but just for us digging down and us going through injuries; Zach coming back and playing his heart out, we took a lot of pride with it,” said Evans.

Texas Tech, despite being outrebounded 26-13 in the first half and finishing with a season-low point total after the first 20 minutes, was able to hold Villanova to only nine points over a 10 minute stretch in the second half.

Head coach Chris Beard highlighted the reasons why Villanova will be advancing to San Antonio, and why his Texas Tech squad will be watching from home, despite holding the best offensive team in the country to a dismal shooting performance.

“We made more shots than them: We saw the ball go into the basket 20 times; they saw it 19 times. How did they beat us? Again, it was getting to the free-throw line and outrebounding us.”

Despite falling short against the top-seeded Wildcats, Texas Tech advanced to the Elite Eight for the first time ever, in Chris Beard’s second season at the helm in Lubbock.

Beard, a coach that will be one of the best young talents in college coaching for years to come, and a great recruiting tool for Texas Tech, commended his team for their record setting season and incredible tournament run.

Beard stated, “I just want to recognize our team. I’m so appreciative of our seniors… And to almost get to that final weekend, I think, speaks a lot about those guys, their character… And then I told our young guys, we’ll do everything we can in the next 364 days to be back here.”

Villanova moves on to San Antonio next weekend, where they will face with Kansas on Saturday night, in a clash of #1 seeds, with a spot in the National Championship on the line.

Special thanks to Boston College, as the host school, for putting on a fantastic event, and to WZBC Sports, as well as Steve, Quinn, and TJ for giving me an opportunity me to cover these games and for all their help along the way. 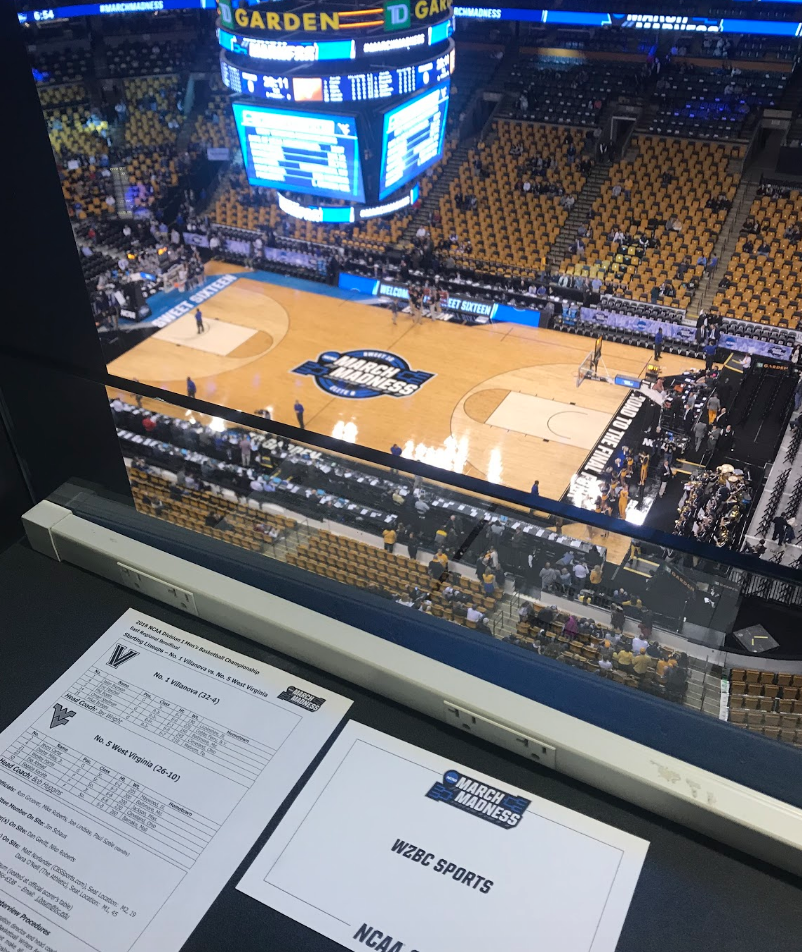 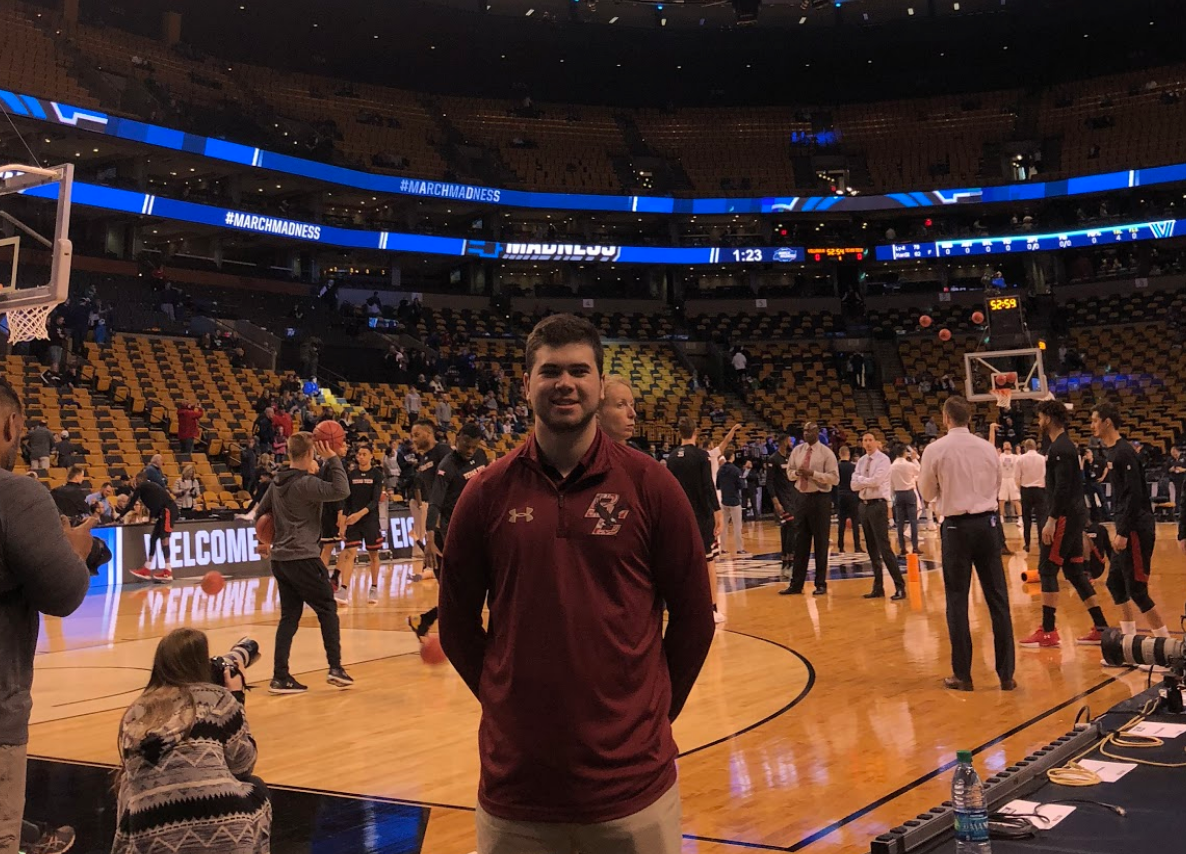